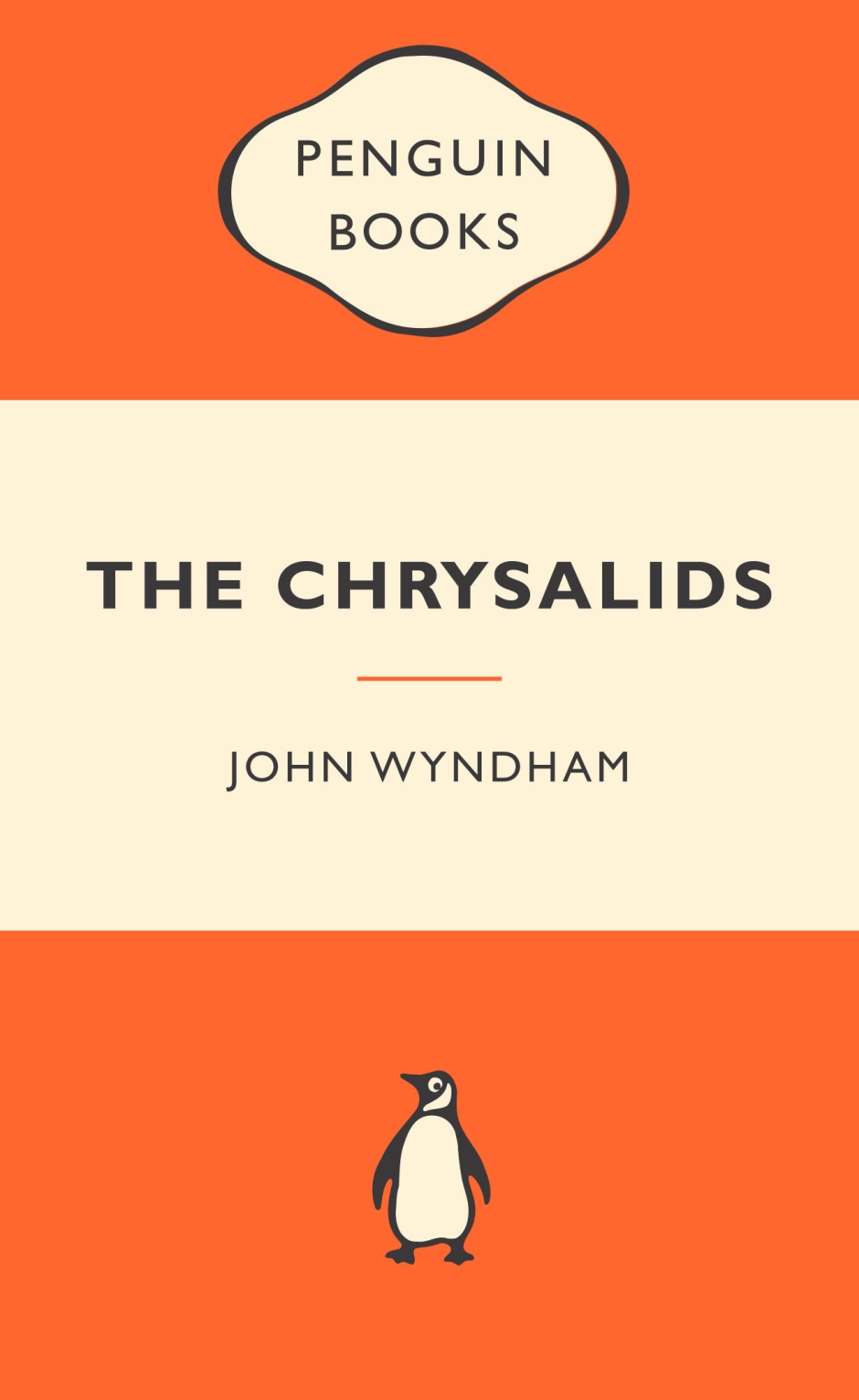 Reading modern dystopian thrillers, it is all too easy to forget one of the defining novels of the genre-John Wyndham’s The Chrysalids. It is in many ways the perfect example of an overcontrolled world, one in which any ‘deviation’ from what is perceived to be the true image results in expulsion to the ‘Bad Lands’. It is not only a gripping read, but can be read as a criticism of overly controlling religions, a big current issue.  It’s a story of many things-of family feuds, of a world which has survived an apocalypse, and most importantly, a story of attempts to survive in a land where regulations stifle difference and diversity.

The story is set in Labrador, Canada, post-apocalypse, I took from the story that it was of a nuclear background (which would account for deadlands which killed those who went there and the frequency of deviations in some parts more than others), which would fit with the Cold War time of writing. Protagonist David appears normal, nut on the inside is an invisible difference which could well cost him his life. His father tries to be a righteous man, whilst competing for better crops than his rival neighbour Angus Morten, whose daughter (in a Romeo and Juliet-esque plot) David loves. He also makes friends with Sophie, a girl who begins David’s questioning of the norms after he sees her difference.

There’s never a dull moment with the plot, and with the background information well filled in-mainly from David’s good friend and sailor uncle, and a dramatic ending. David’s character is perfectly agonising in his wonderings over one small deviation. Locations and places are all excellently described, and it’s hard to find fault with the plot.

The only thing that I wasn’t thrilled over was the ending, with all its last-minute  drama, but that is only a minor quibble.

A brilliant, thrilling plot which questions how closely we should follow religion, and a fascinating view on what could have happened after a world disaster.

Quote-“what makes man man is mind; it’s not a thing, it’s a quality, and minds aren’t all the same value; they’re better or worse, and the better they are, the more they mean”

Character development-all characters have excellent backstories, and the turmoil which David goes through wondering about how correct his upbringing was is a superb piece of narrative-★★★★★

Readabillity-a thrilling book, a page turner of the highest order, only spoilt a little for me by the ending, which seemed overly high on drama-★★★★

Overall-a fantastic novel, one of the best in not only the dystopian genre, but as a science fiction novel, a real pillar of modern literature-★★★★½ (90)